Posted: March 29, 2018 Under: Cristiano Ronaldo Videos By index No Comments

Real Madrid would miss their skipper Sergio Ramos and Welsh winger Gareth Bale when they host Malaga at the Santiago Bernabeu this weekend, according to reports. The players were in training this week but they would not be rushed ahead of time just for this game. 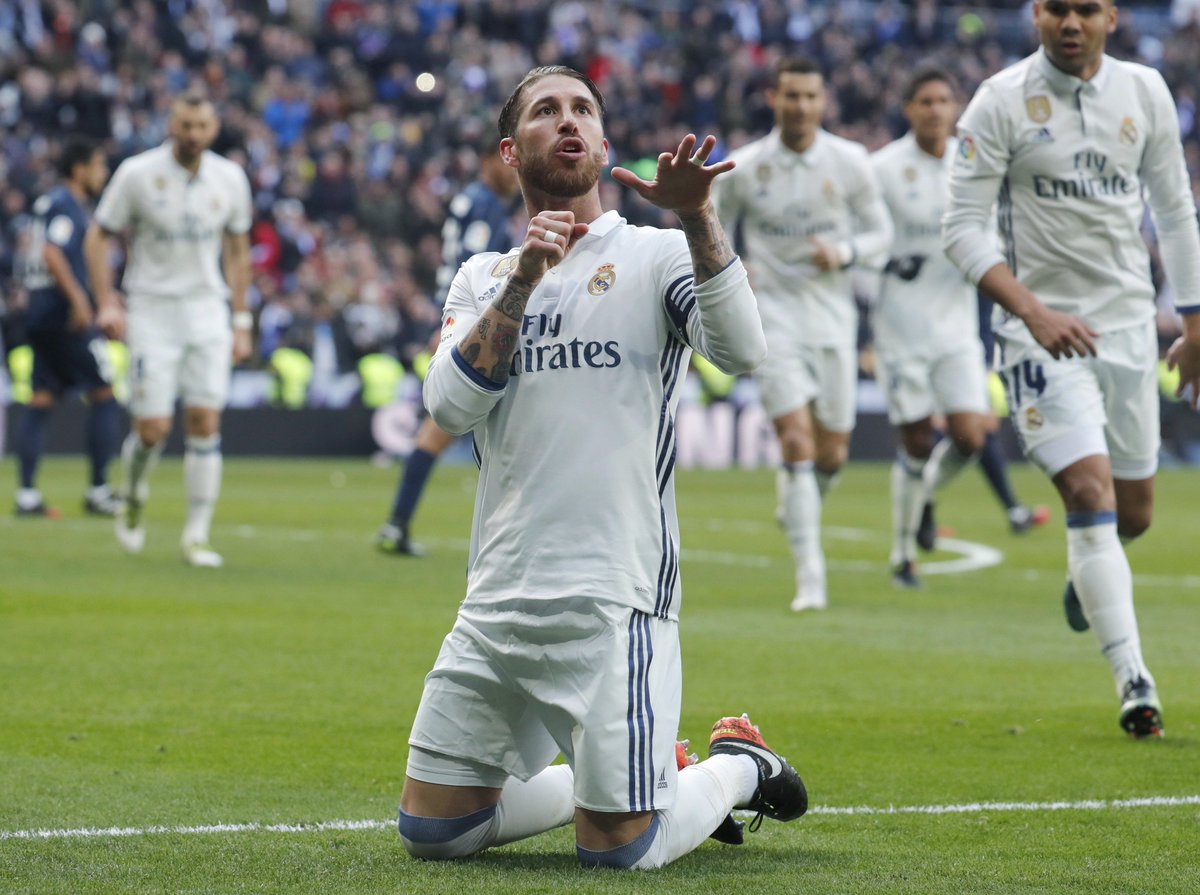 Ramos injured his nose in the recent Madrid derby that ended in an unusual goalless draw. He trained this week, even on Friday in the final training session. He wore a protective mask and could have played just fine against Malaga but Zinedine Zidane opted to leave him off the squad list.

Bale, who is increasingly likely to exit Madrid after four years, has returned to training. He would be given more time to fully get fit before he can be considered for match selection. He has featured five times in the La Liga this term due to his thigh injury. A calf issue ruled him out for almost six weeks before he picked up the thigh injury.

There have been a lot of talk in Spain about the injuries to the Welsh star but Zidane insists that the winger is important to the club. Zidane praised the speed, technical capabilities, hard work and other qualities of the player which makes him crucial to the side.
Keylor Navas and Mateo Kovacic have been declared fit to play after the duo returned from groin injuries. Marco Asensio has a reported minor issue and Madrid would be without Nacho due to suspension.

The club is ten points behind Barcelona already. If the gap extends or even remains the same until the end of January, the race might be over. Second placed Valencia are six points ahead of Madrid but Zidane is happy that one of the sides would drop points when they clash this weekend.